The importance of Wi-Fi has increased tenfold currently. You and I did depend on Wi-Fi since a long time, but not as much as to convert this want into a need. This want has been converted into a need presently due to work from home in these times. With this inherent need now, Ray had to find out where the term Wi-Fi came from and since when did we have Wi-Fi to use it and make our lives easier. So, Ray brings to you the roots of Wi-Fi and some of its history.

Ray wireless access points were created keeping in mind the same aim of simplifying technology for one and all everywhere.

The methods of connecting gadgets without wires is known as Wi-Fi. Initially, it was known as wireless and it was not only wireless internet, but wireless radio transmissions, as well as with the addition of pictures, TVs were invented, and wireless was for radios plus T.V. In today’s times, it is with more technically advanced devices like desktops, smartphones, and laptops.

Where did the term Wi-Fi come from?

A lot of researches claimed that Wi-Fi stood for Wireless Fidelity. But that is not true. In fact, Wi-Fi stands for nothing. Wireless internet was after a point of time addressed as Wi-Fi only. There is a lot of research on Wi-Fi out there and most of it just leads to ambiguity, but it is certain to say that Wi-Fi is not an abbreviation for anything but is a term in itself.

When was the first Wi-Fi out and what was it known as?

1971 marks as the birth year of the very first wireless network. It was known as ALOHAnet and was way before 802.11. It was later, that work started on 802.11, followed by many others. It worked as the root study and basic network creation for other such upcoming wireless networks.

The advent of the internet is a part and parcel for effective communication. From telephones we moved to cell phones. Similarly, from dial-up internet connection, we have come a long way to wireless internet. And in this whole process, the usage of internet is not limited only to communication, but it has taken slow and gradual steps towards entertainment, shopping, enhancing businesses and so on.

Nowadays, the internet is not used only to communicate and pass a message from one person to another, but it is used for every possible thing ranging from studying to researching to even finding work as well as working online. The place need not be a specific place like your workplace to be able to work on your device, but any place that has an Access Point (that emits Wi-Fi internet) for one to work from. At a very deep-rooted level, if we observe carefully technology and our lives go hand in hand, due to which the usage of internet has seeped into our lives without us even being aware of it as to how fast and soon it managed to take over mankind.

But, do you ever wonder where did Wi-Fi come from and how easily it did? We let it in our lives knowingly or unknowingly, and we are now at a stage where we are not even able to imagine a life without it.

It is not only the thought that counts, but also how you implement that thought, that counts. The apple did fall on the ground all the time due to the gravitational force, but it was only Newton, who questioned the falling and it was only due to his tireless work towards it, did we find out about the existence of the gravitational force. In a similar way, Wi-Fi is something that always existed, but we as humans never knew about it till one human questioned it.

And that human is very famously known as Steve Jobs, who has a million followers that increase day by day with the awareness about his contribution to the tech industry. The internet is something that the world has been blessed with for a long time and no one saw it getting wireless, going beyond the use of the phone or the very first dial-up connection that we started with, to – without the need of wires.

Before anyone else, research also states that Vic Hayes and Hedy Lamarr are also known as the founding parents of Wi-Fi. At the start of World War II Hedy Lamar – a Hollywood actress along with George Antheil together developed a radio guidance system for torpedoes. These torpedoes were used by the Allied armies using frequency-hopping spectrum technology.

While Vic Hayes is known to be the father of Wi-Fi. He was working on the same things around the same time establishing the IEEE 802.11 standards working group. The information is debatable and so Wi-Fi’s birthplace is doubtful. The initial work on the 802.11 standards was in the Netherlands, while its commercial birth was in California at a meeting on April 20, 1998.

This is how wireless internet was born and brought to the world, simplifying technology for everyone along with minimizing the usage of wires. Yes, Wi-Fi works on radio waves. Surprising, isn’t it? Radio waves are a form of electromagnetic radiation. Your technical devices – be it a phone, tablet or a laptop is connected to a wireless adapter and data from there is converted into a radio signal that is communicated via an antenna. These radio waves originate from the antenna and is accepted by your wireless access point.

The wi-fi access point converts the radio waves again into data and that is sent to the internet via a physical connection. This is how wireless communication works.

Ever since Wi-Fi’s inception and constant technology findings, mankind has not looked backwards and there is something new coming up every couple of days, weeks, and months in the field of technology. The idea of wireless internet was not developed and sold in a snap. It took many technical brains working on it with a team of nerds and here we are. Tomorrow we might be welcoming Wi-Fi 6 and Wi-Fi 6E and this way the evolution of technology surprises us every now and then.

We stay in sync nonetheless and grow with the growing technology! 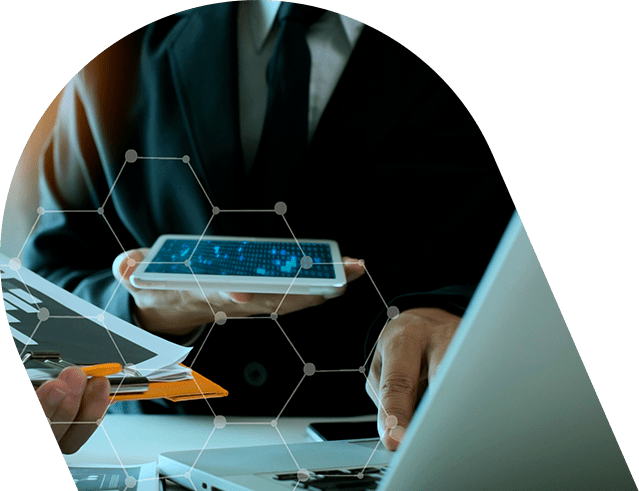